My latest project was to make a pair of new replacement action boxes for a Wheatstone model 21 English concertina, to give it a keyboard and handrails/straps to the specification developed by Henrik Müller. The conversion was done in a manner that allows the instrument to be easily returned to its original form if desired. As I write this post, Henrik is working on an article for the Concertina Journal that should answer the question of why one might wish to  improve upon Charles Wheatstone’s nearly two-hundred-year-old design.

My client wanted the new instrument to have wooden ends, both for cosmetic reasons and in the hope that they would mellow the tone slightly. I designed a new fretwork pattern around the modified keyboard arrangement and handrails, and cut the end plates from a hardwood laminate with American walnut face veneer. This is my most intricate pattern yet. 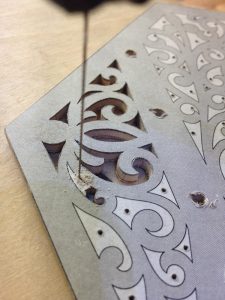 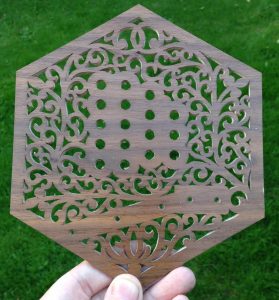 I made the walls from solid rippled English walnut. 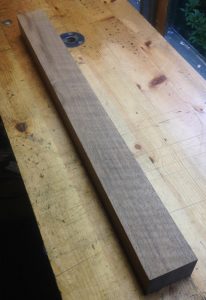 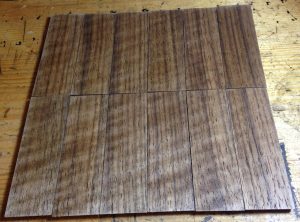 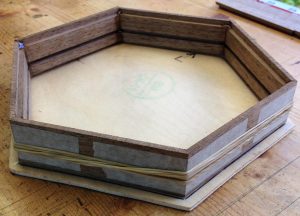 I filled the pores in the walnut with crushed charcoal to give it darker flecks. 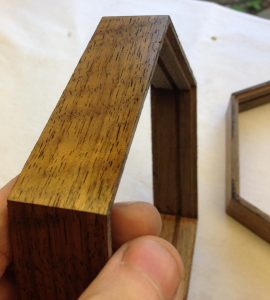 I routed the action boards from quartersawn sycamore. The new keyboard has fewer buttons than the donor instrument, so some of the reed pan chambers are redundant (we opted to leave the reeds in them to avoid the risk of them getting misplaced). 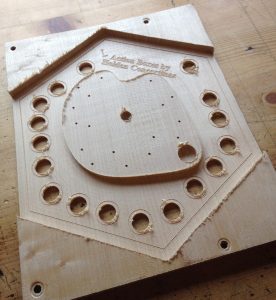 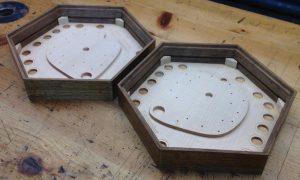 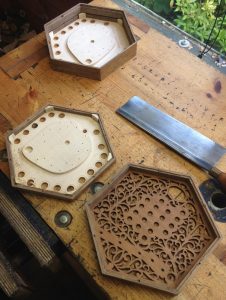 I stained the inside of the fretwork piercings dark brown with Van Dyck crystals, and I glued my maker’s label to a thin board that allows me to place it about 1mm below the surface, rather than at the bottom of a deep, dark hole that makes the text difficult to read. 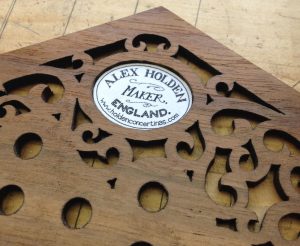 I made the decorative borders from applewood, copying the profile of the edge moulding from the original Wheatstone ends. 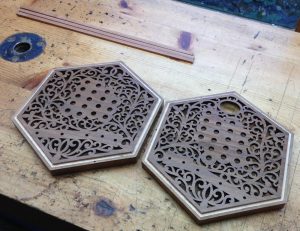 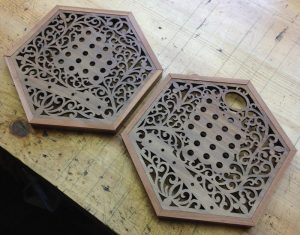 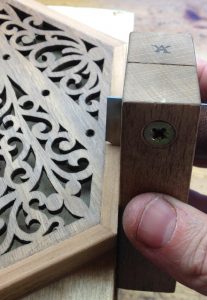 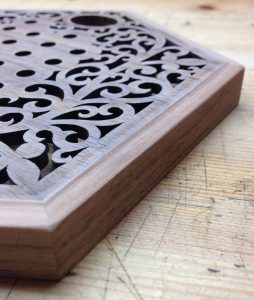 I also made the curved handrails and thumb pads from the same piece of applewood. 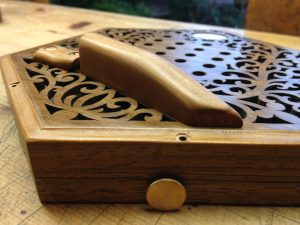 Henrik convinced me the conventional strap screw in the above picture wouldn’t stay fastened for long with this style of strap, so I came up with something a bit more complicated instead. The new fasteners hold the strap slightly away from the wood and allow the strap to pivot without loosening the nut. 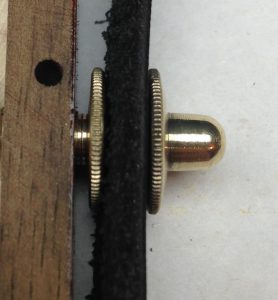 I made a few more small refinements to my action design, mainly to further reduce the weight. 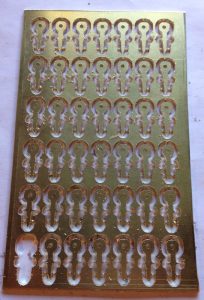 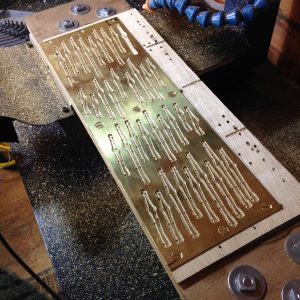 I have made a new tool to draw 3/16″ diameter metal caps for standard English-style buttons. Note that these buttons are unusually short because it is a feature of the Müller system that the buttons should go all the way down flush with the end plate. 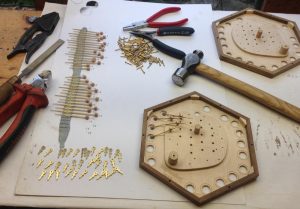 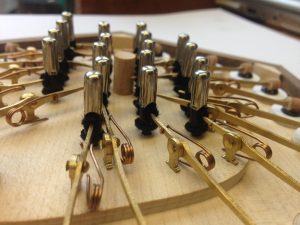 French polishing takes a lot of time but the results speak for themselves. 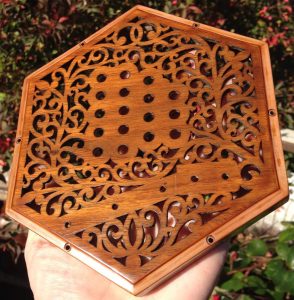 The last step is bushing the button holes – if you do it earlier it’s impossible to avoid contaminating them with polish. 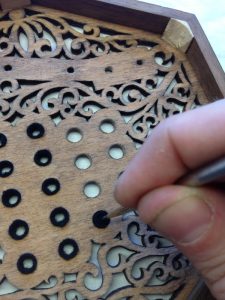 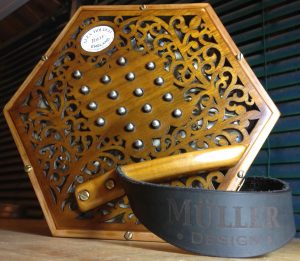 Here’s a comparison between the original Wheatstone action boxes and the Müller replacements: 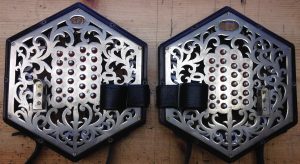 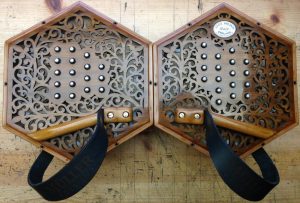 And here is a quick clip of my client trying out his new instrument:

I’m very pleased with how this project turned out, and if I was building a new instrument for my own use I would strongly consider a variation on this system. One possibility I have considered is to shift the keyboards upwards and add a few extra notes at the bottom end, so the lowest note is C3, similar to a conventional Tenor English concertina.

2 thoughts on “A Müller Conversion”