Most notes and air releases are operated by buttons that are pushed in perpendicular to the end plate surface. Occasionally though, I incorporate a lever that is pushed sideways to operate it (typically by one of the player’s thumbs).

For example No. 8 has a left thumb lever to operate a low D drone note. It operates indirectly because the desired direction of operation doesn’t line up with the location of the pad hole (which was dictated by the reed pan layout): 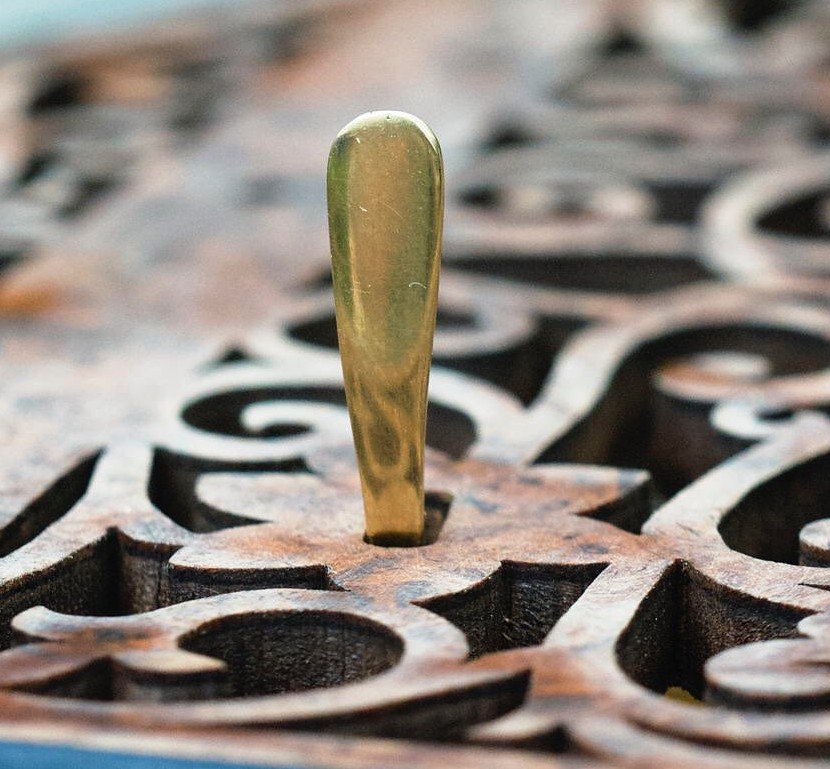 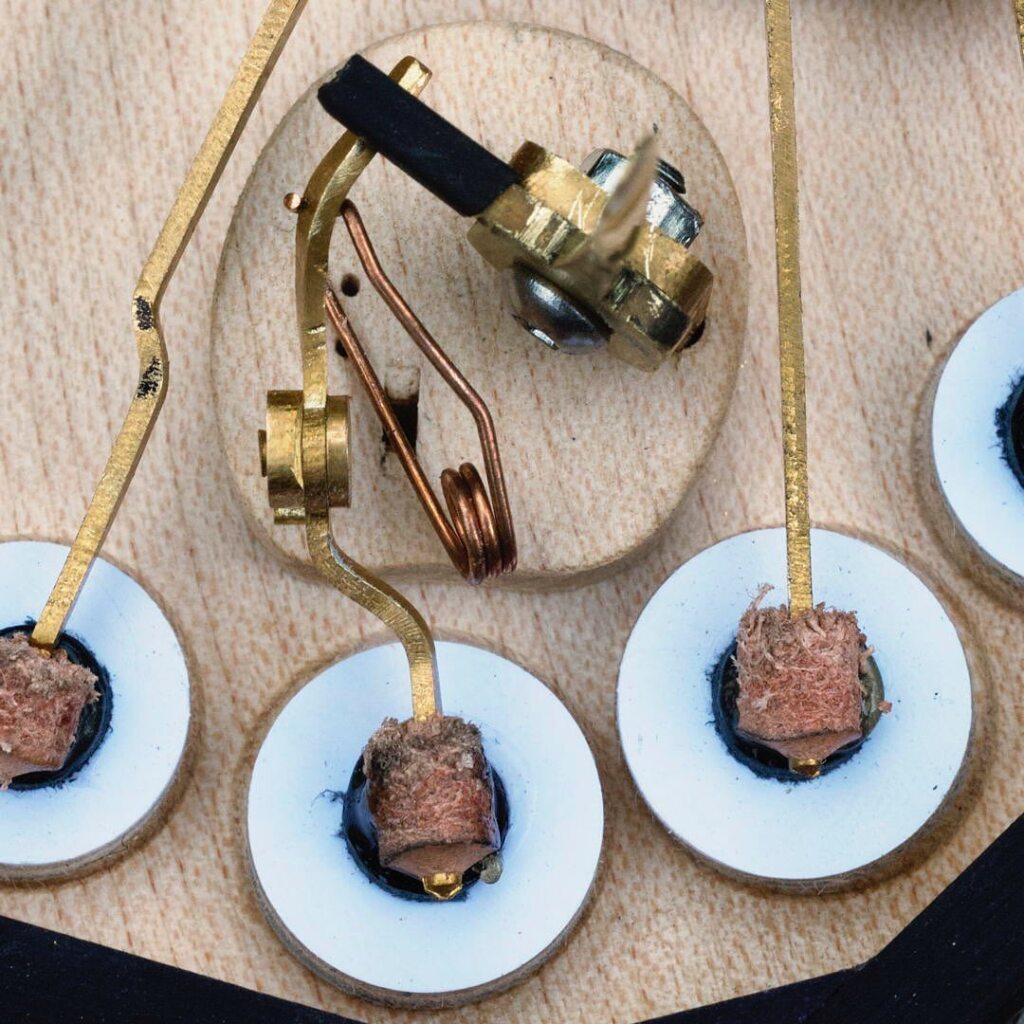 No. 8 also has a lever to operate the air release on the right thumb. It works indirectly in a slightly more complicated way because it has to cross over four other action levers (I could probably improve it slightly with a redesign). Both levers on No. 8 work very well and I wouldn’t hesitate to recommend them as a more ergonomic alternative to a conventional thumb button. 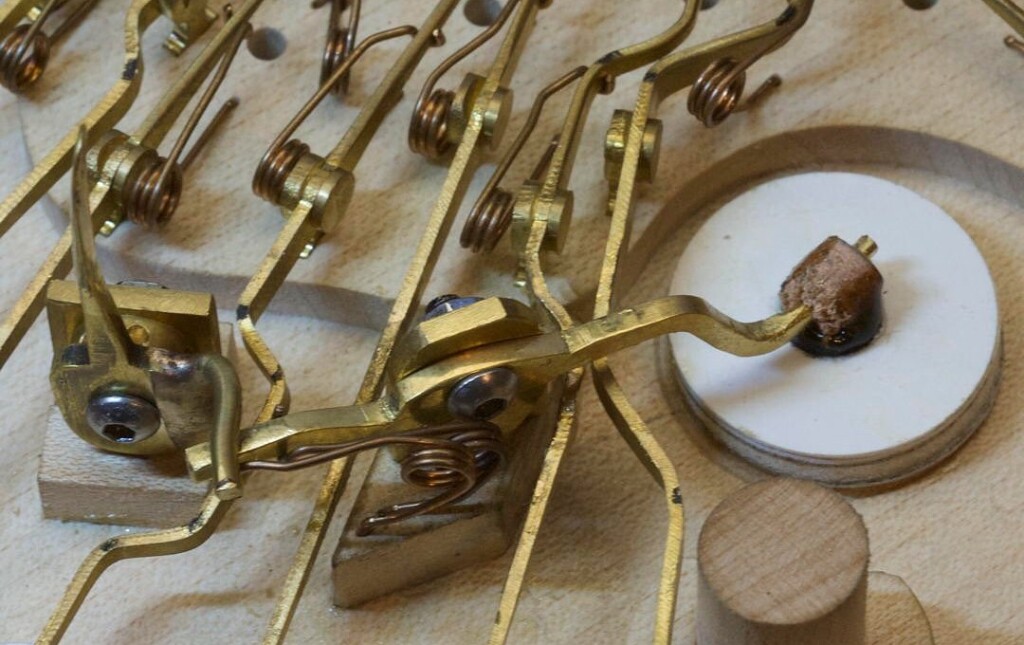 No. 5 has a simpler direct left thumb lever operating a drone note: 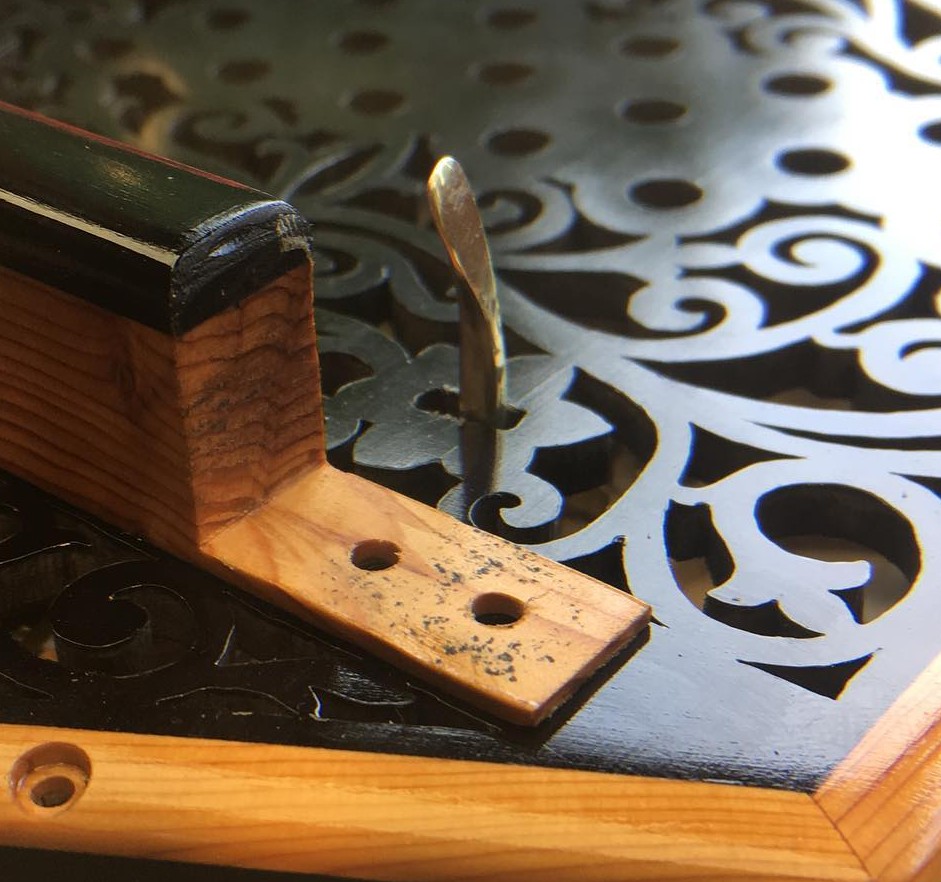 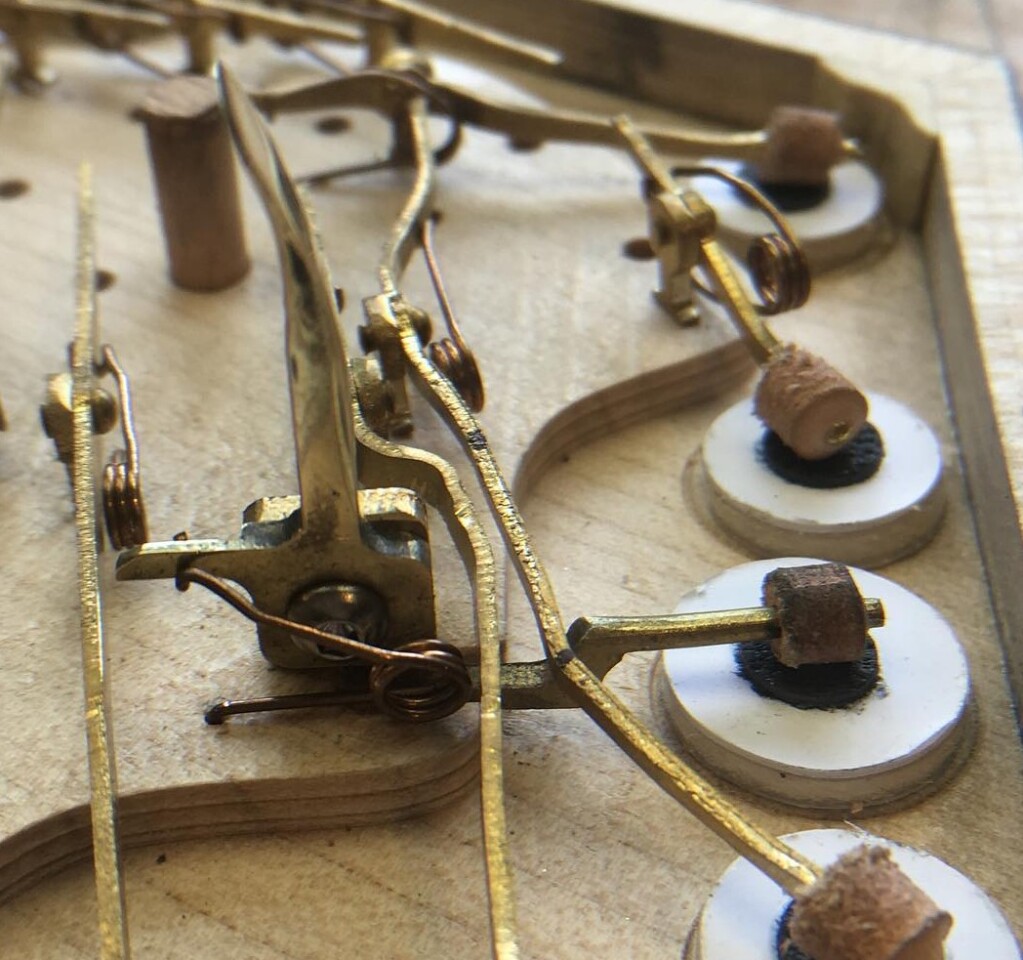 Another time I added a lever control was for the air release on No. 7. It is a duet instrument so it is only used for silently opening and closing the bellows, and this simple design allowed me to squeeze it into a very tight spot next to the hand rail. 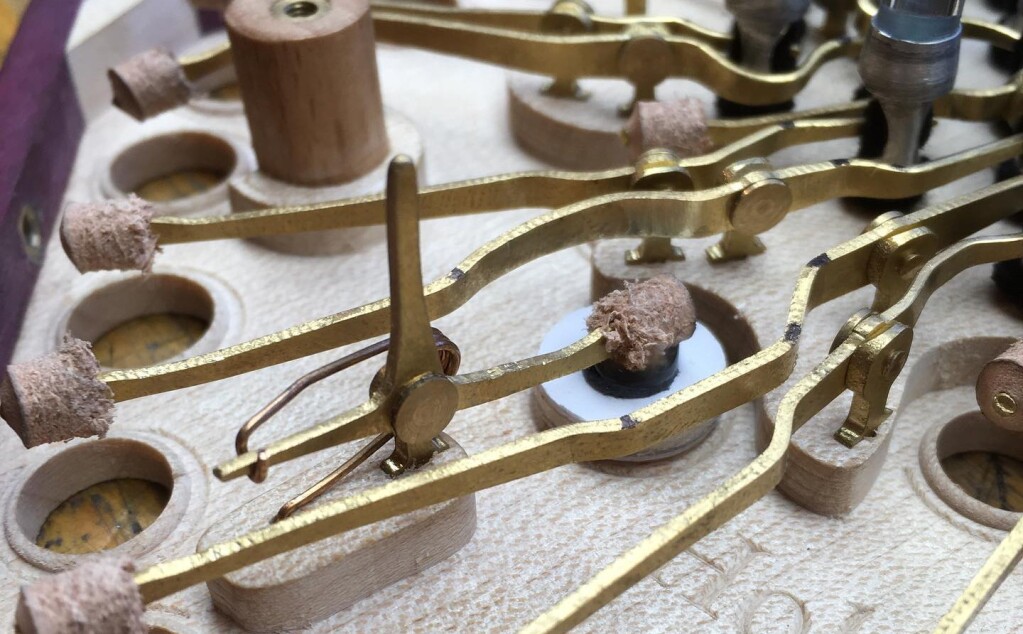