My eleventh instrument was another C/G Blackbird Anglo, this time a 6″ model with 32 buttons (+ air).

This is the first instrument I’ve made with brass button caps and bloodwood trim; they both look rather snazzy. The buttons are a warmer colour than the typical white metals, and the bloodwood appears to change colour from reddish brown to a vivid dark red depending on the lighting. 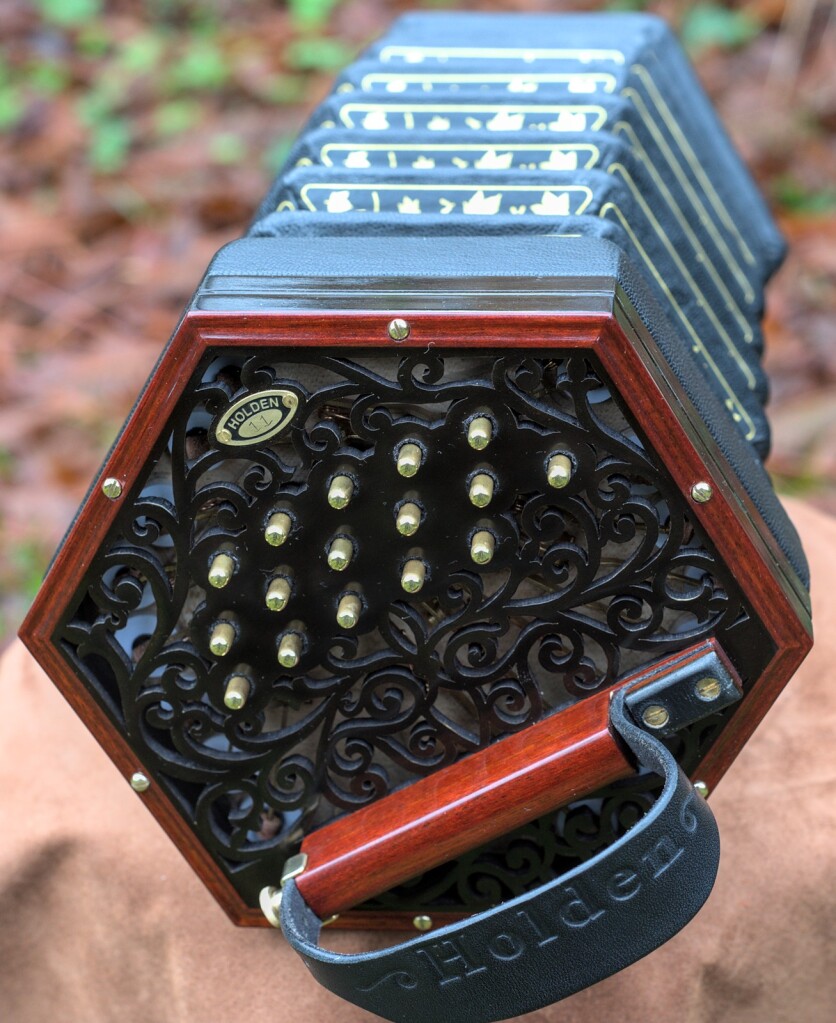 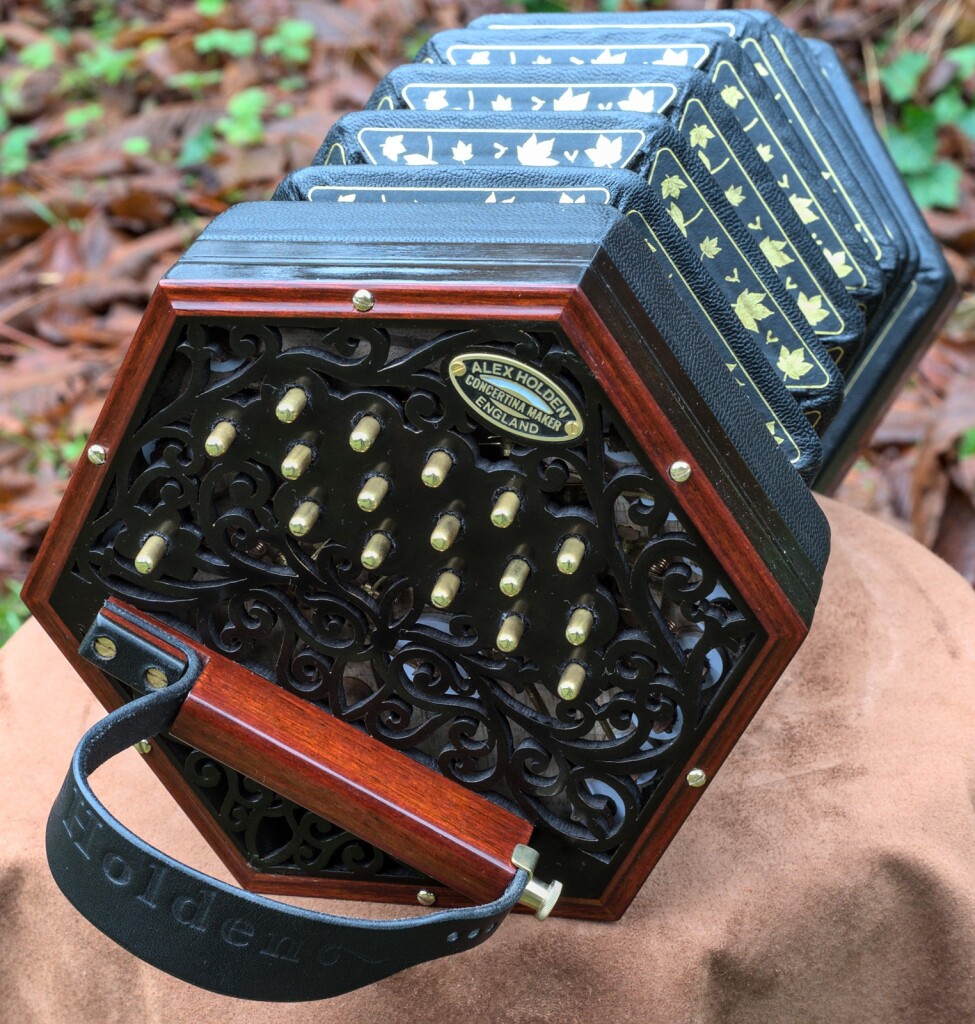 It has a custom button layout made to the client’s preferences, mostly based on the 30 button Jeffries layout with two extra inner buttons on the middle row and some alterations to the right hand third row. The inner buttons are essentially tacked onto the end of the row rather than squeezing the rest of the buttons closer together to make room for it, which makes the keyboard feel less cramped but causes a slight headache for the action design because of how close to the outside of the box the extra buttons are. 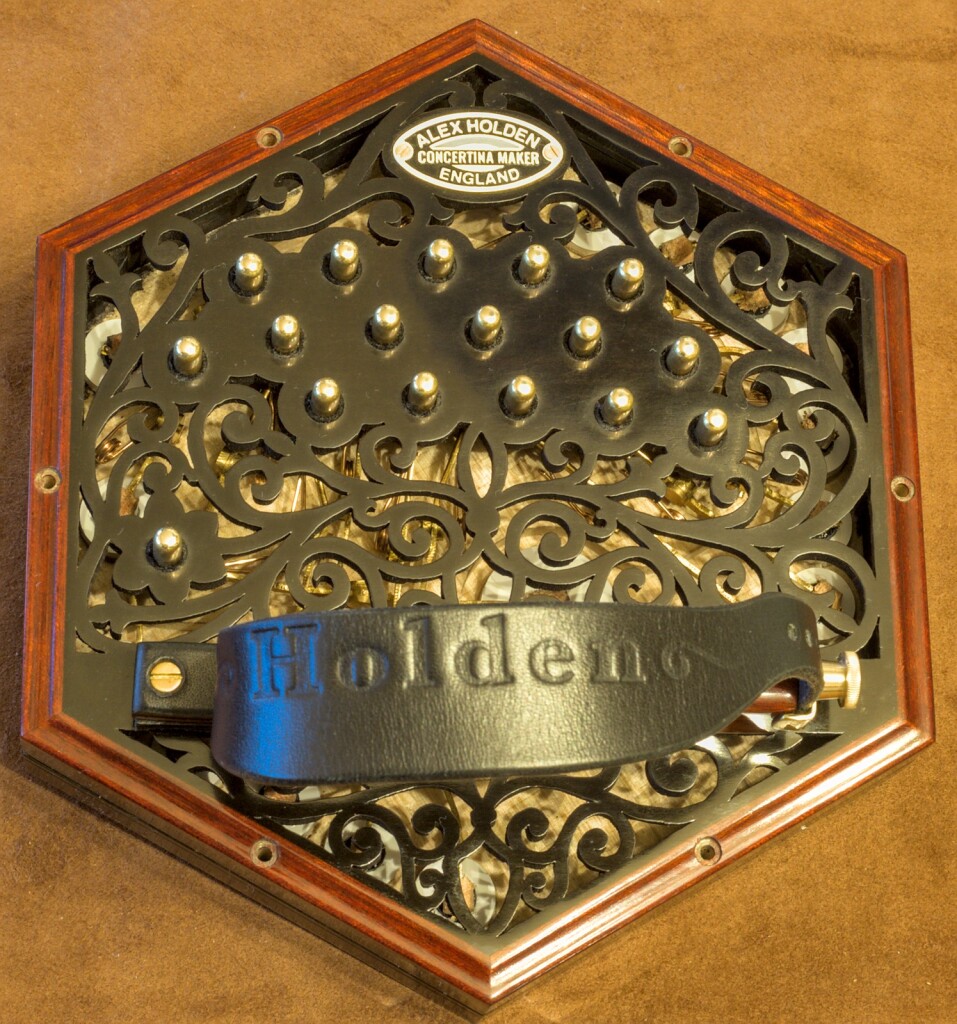 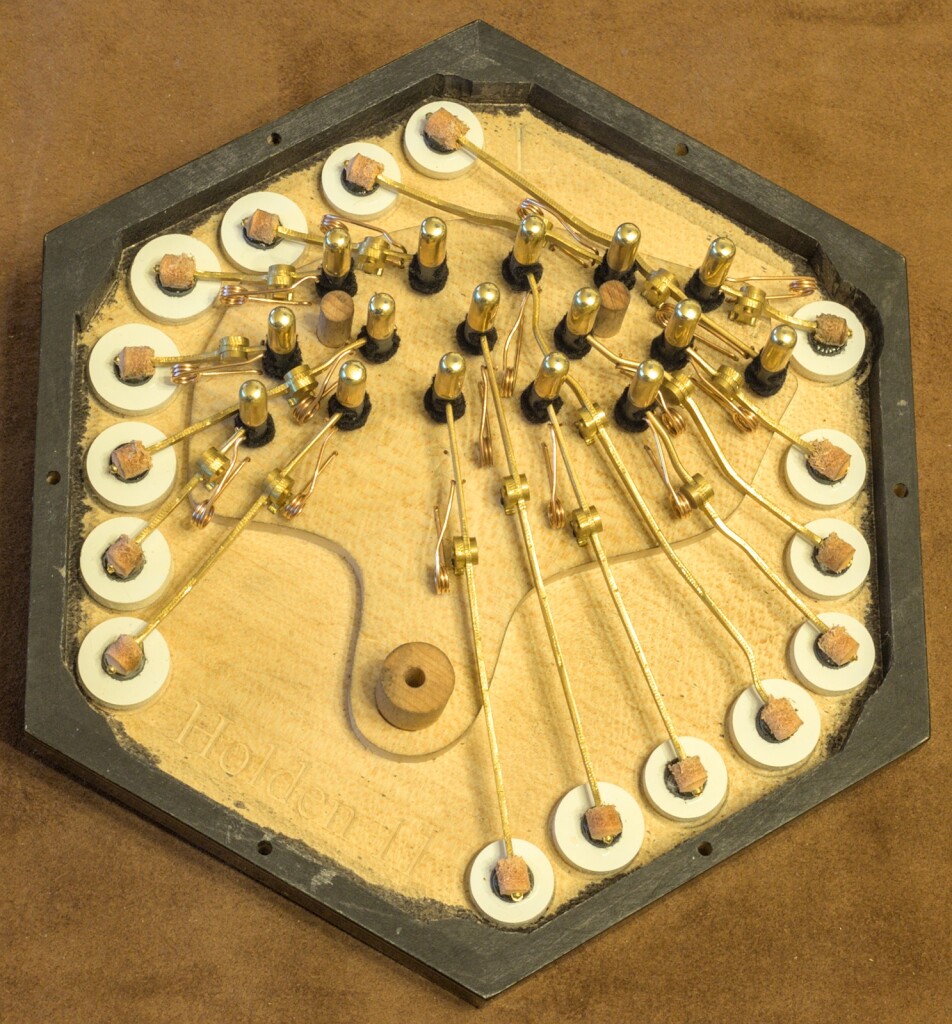 The action was fairly simple to build, apart from where I made the air lever cross under four other levers to get from the thumb location to the centre of the pan, where I had room to place a full size 1″ air pad. I used a 1:1 ratio for the air lever because it gives finer control for when you want to only feather it open slightly. 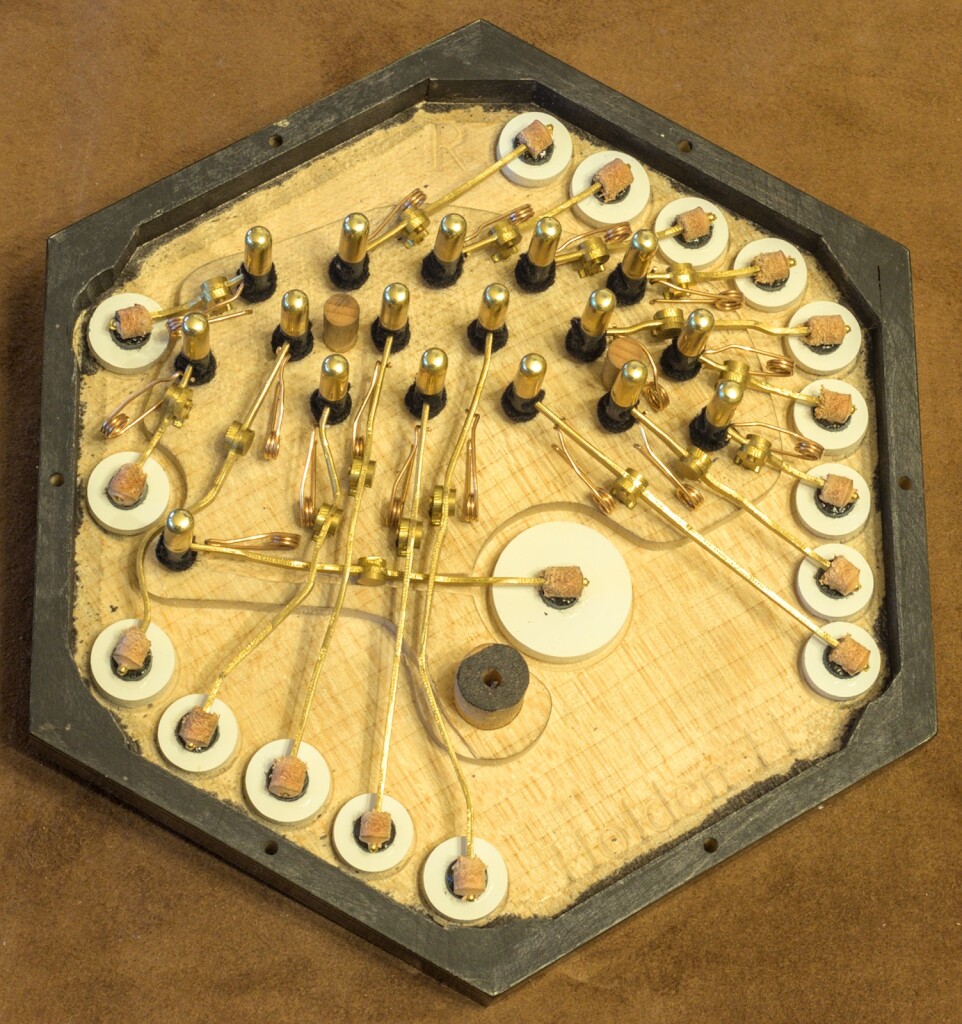 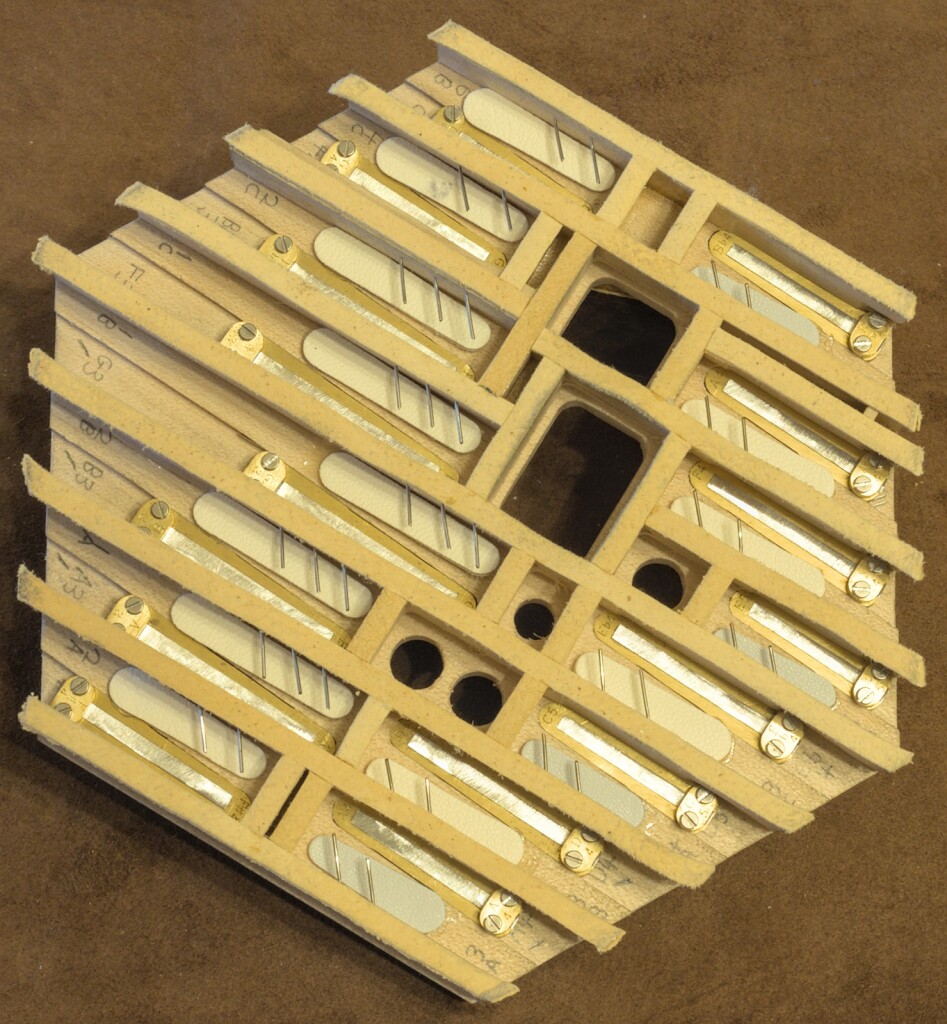 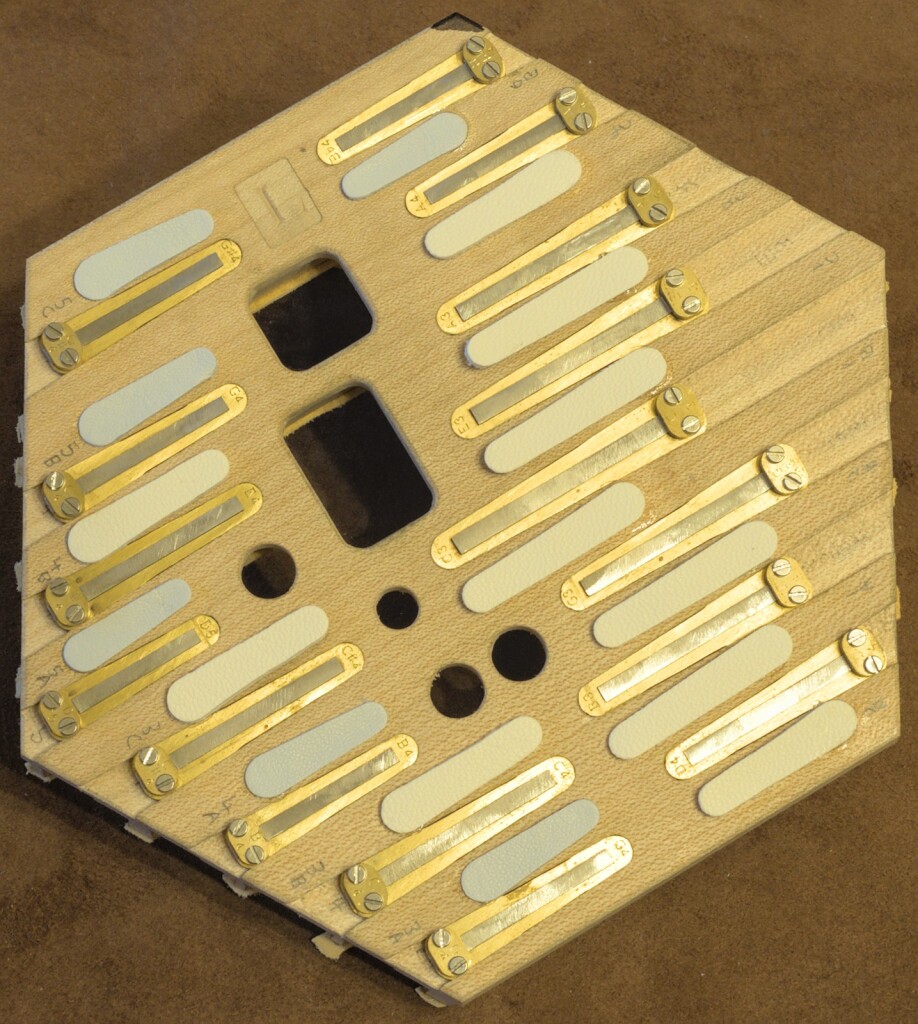 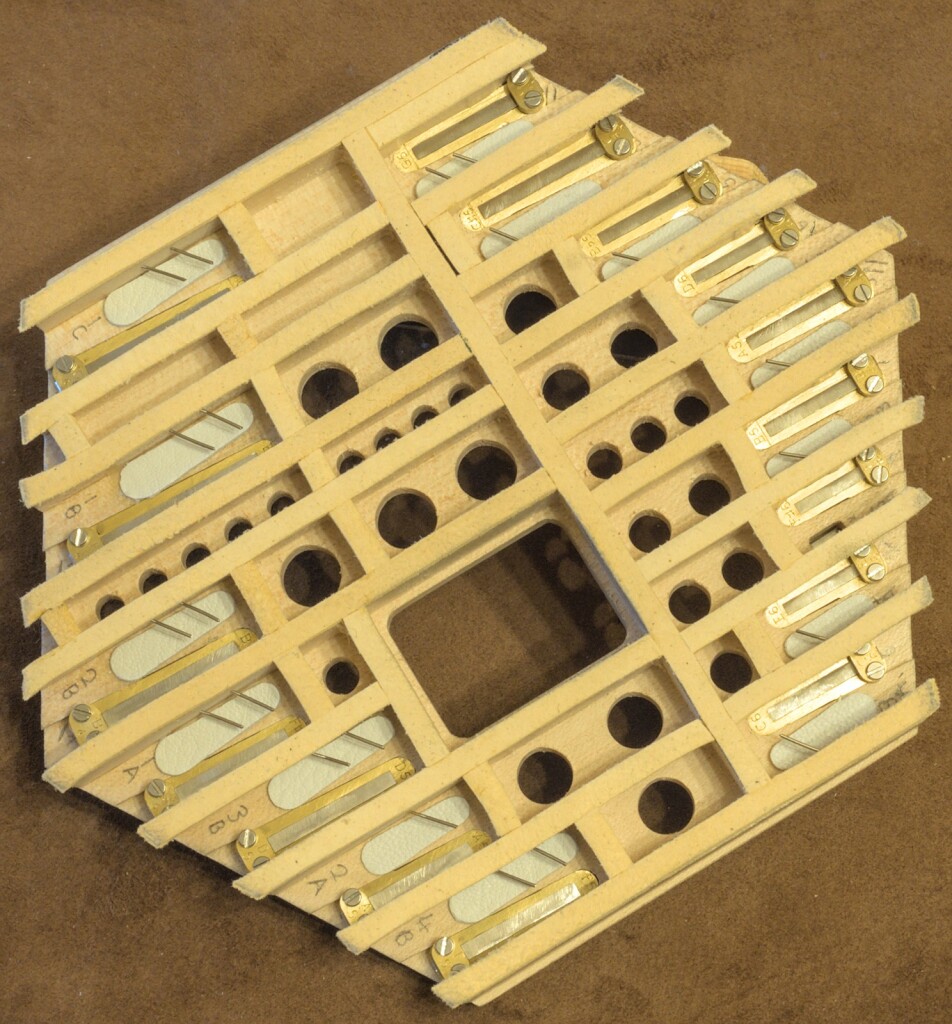 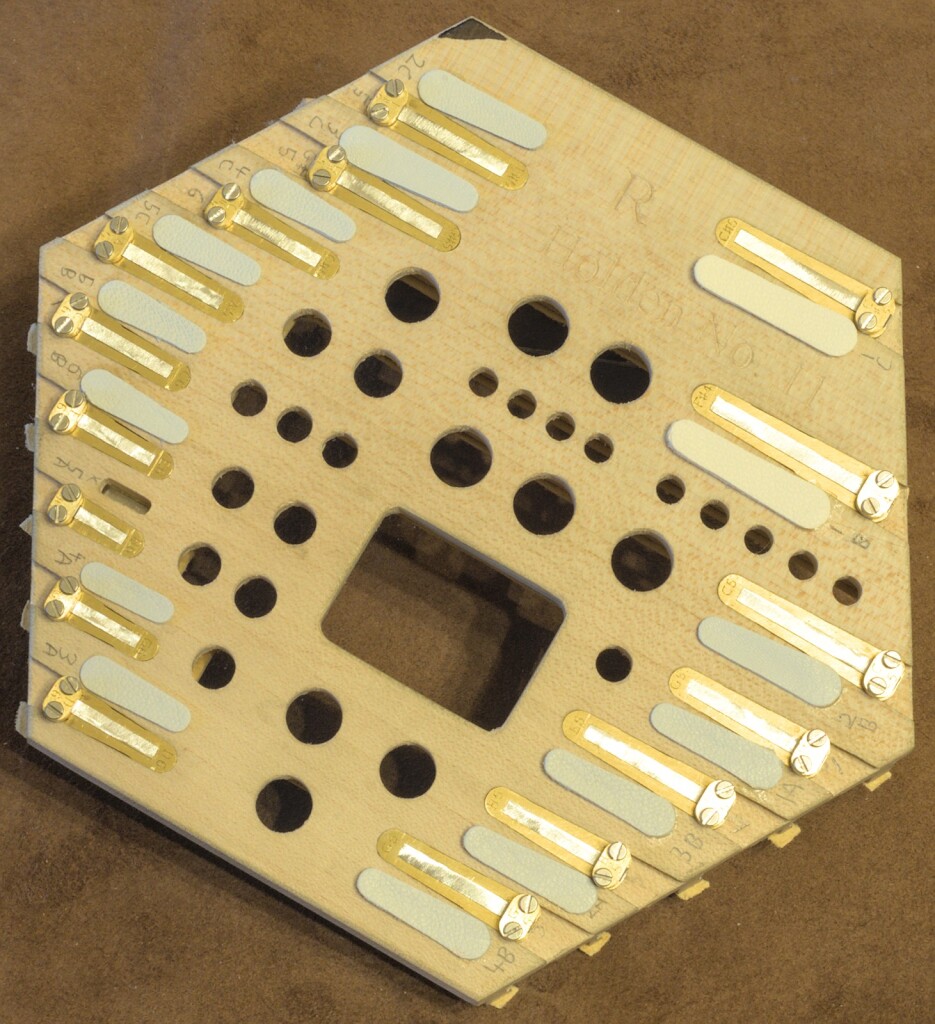 This is my standard Italian hard case, with my new hand-made suede lining and cork corner blocks. 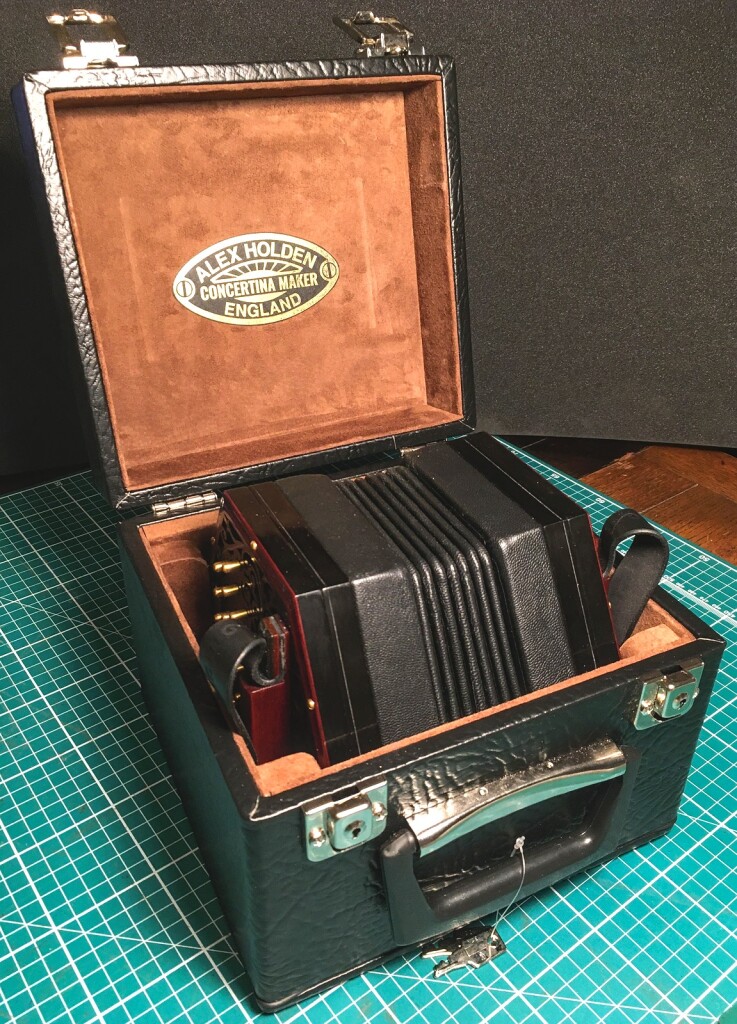